3 Things Parents Must Tell Their Children... 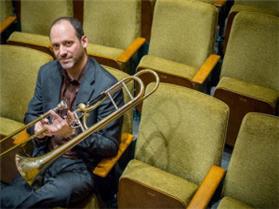 Hopefully your child will begin a musical instrument through their school music program.  If so, when they bring home their instrument for the first time, it is more than just an exciting day…

…Perhaps one of the greatest opportunities in your child’s life thus far.

If you are like me, you want your kid(s) to complete their K-12 education with far more than factual knowledge and an ability to score well on tests.  You don’t believe that your child’s success in life depends primarily on cognitive skills — the type of intelligence that is measured on IQ tests and such.  You don’t believe that school should be primarily focused on stuffing kids’ brains with as much factual knowledge as possible, but instead is focused on growing skills and mindsets that will last a lifetime.  Psychological traits that include


to name just a few.

And the musical instrument in your child’s hand could be the key to learning those skills.

You see, your child didn’t receive an instrument with the expectation that they would become a professional musician, just as they did not receive a math book with the expectation of them becoming a mathematician.  But, unlike any other subject, your child has the opportunity to develop some of the most important life skills through learning to play an instrument, and you need to let them know this is the case.

Here are three things parents need to know and be able to express to their child as soon as they begin learning to play a musical instrument:

“You are allowed to fail, and you will become better because of your failures.”  There are no red pen marks for missed notes in music the way there are on tests — there is nothing to feel bad about when you play something “wrong” in music.  To become skilled at a musical instrument — and to become great at anything — one needs to struggle a little.  In your child’s case, they need to sound bad before they sound good; they need to work on things just beyond what they are capable of in order to get better and smarter, and that means they need to make mistakes.  There is a small gap between what we all are able to do and where we want to be, and focusing on that gap makes us better learners and better people.  Learning a musical instrument allows us to grow from our mistakes.

“Hard works trumps talent every single time.” Practicing a skill over and over, the right way, fires circuits in our brains that solidify that skill.  Sure, some people find some skills easier at first than others, but the people who practice that skill daily in order to “burn it” into their brain will always far surpass people who don’t practice enough.  Practicing a musical instrument helps children learn the universal truth that hard work trumps talent.

“This is a long-term commitment, and we are going to stick with it.”  Studies have shown that students who identified that they would play their instrument for longer than one year outperformed students who only committed to one year of playing by up to 400% – practicing the same amount of time if not less!  The ideas and mindsets students bring to their musical instrument study have a direct effect on their success, and it’s the parents’ role to set the tone on the first day by not giving their child an “easy out” to quit.  Make the decision to invest in your child’s music education for at least a few years of their schooling and you will see results.

There are not many subjects taught in school that have the potential to give our children the life skills they need to be successful beyond their school lives.  Our children can learn how to have grit, motivation, problem-solving skills, flexibility, and character during and after their K-12 schooling — and music is the vehicle to teach these skills.

What if we as parents treated music like any other core subject and expected our children to study it for at least 4 or 5 years?  What does “success in school” mean to you and your child?

My book, The Music Parents’ Guide : A Survival Kit for the New Music Parent, is available for preorder on Amazon Kindle today and will be released on May 1st.  If you are an educator, please let your parents and students know about this resource in order to help them through their initial years of study and beyond!  If you are a parent, please consider purchasing and letting your school music teacher know about the book and this blog.  Thank you! http://www.amazon.com/dp/B00U6S974G