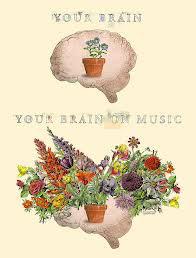 Researchers sound out the lifelong benefits of musical training.

The benefits of musical training speak for themselves. For example, the multisensory skills required of musicians make their brains better equipped for reading and speaking.

People who have musical experience can often pick out signals from a complex soundscape. That’s important for older adults who want to hear their friends in a noisy restaurant and for a student to be able to pull out a teacher’s voice in the cacophony of the classroom.

Musicians also have better auditory working memory — the ability to recall and recount what they heard moments ago — than nonmusicians.

It turns out that musical training does more than enhance these communication abilities — it actually changes the brain’s structure and function, says Nina Kraus (GC80), professor of communication sciences, neurobiology and physiology and director of the Auditory Neuroscience Laboratory. Adults who participated in even just a few years of musical training as children have more powerful brainstem responses to complex sounds than peers who never had lessons, and these neural changes are retained into adulthood.

Looking at brainwave patterns using scalp electrodes, Kraus and her team can literally see the brain’s neural response to sound. She knows experience affects the nervous system, “but I didn’t quite expect the effects of musical experience to be as profound as they are, that they occur in response to sound and sound patterns without a person paying attention to them, and that we can see the effect of music on the processing of very basic sound elements.

“Music is a resource that tones the brain for auditory fitness,” Kraus adds. “We can see this in individual people, and their neural signature in response to sound just reinforces the idea that we are what we do. And you really do have to do it. It’s not a matter of listening. You’re not going to get fit watching spectator sports. It’s what we actively do that tunes our nervous system.”

Kraus, who is fundamentally interested in the biological foundations of speech and music, has fine-tuned her career to consider the question of sound and its physiological effects. She grew up in a bilingual household, the daughter of a classical pianist who spoke Italian. Kraus started playing the piano at a young age and later picked up electric guitar, bass and drums. Her husband is a musician and composer, and her three children also play music. “I was always drawn to sound,” she says.

Kraus imagines that her technological discoveries that make it possible to capture the biological response to sound will have applications for scientists studying hearing and language development and researchers looking at development of hearing aids and microphones. She also sees broader impacts for the field of education. She is working on two longitudinal studies of teens and schoolchildren. In one study, which involves high school students in Chicago-area charter schools, her laboratory is exploring the impact of music and physical education on adolescent brain development by following children throughout high school. The researchers are measuring educational outcomes, such as reading level, and other academic skills, as well as attention and memory.

In Los Angeles, Kraus is working with the Harmony Project, which provides music training for at-risk youths who attend schools in gang-reduction zones. The program promotes positive youth development through music lessons and ensemble participation. “These are kids who might otherwise be going to jail,” Kraus says. “They are staying in school. They are the first in their family to complete their education. The outcomes are phenomenal.”

Kraus and colleagues are collaborating with the Harmony Project to study learning, communication abilities and biological development in grade-school children participating in the mentoring program.

“We’ve gone out to L.A. and obtained neural responses to sound in second-graders,” Kraus says. “We are examining how the biology might change when music education is delivered in the schools — because that’s something we have virtually no information about. Most of the effects of musical training on the nervous system come from studies that have been done on people privileged enough to afford private instruction.”

The researchers are analyzing a mountain of data and asking, “Can we demonstrate that musical instruction creates a better learner? If so,” Kraus says, “it would strengthen the argument for having music education be part of the mandatory curriculum for every child.”