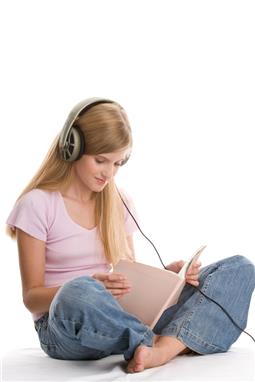 Science Daily (Mar. 16, 2009) — Children exposed to a multi-year programed of music tuition involving training in increasingly complex rhythmic, tonal, and practical skills display superior cognitive performance in reading skills compared with their non-musically trained peers, according to a study published in the journal Psychology of Music.

According to authors Joseph M Piro and Camilo Ortiz from Long Island University, USA, data from this study will help to clarify the role of music study on cognition and shed light on the question of the potential of music to enhance school performance in language and literacy.

Studying children the two US elementary schools, one of which routinely trained children in music and one that did not, Piro and Ortiz aimed to investigate the hypothesis that children who have received keyboard instruction as part of a music curriculum increasing in difficulty over successive years would demonstrate significantly better performance on measures of vocabulary and verbal sequencing than students who did not receive keyboard instruction.

Several studies have reported positive associations between music education and increased abilities in non-musical (e.g. linguistic, mathematical, and spatial) domains in children. The authors say there are similarities in the way that individuals interpret music and language and “because neural response to music is a widely distributed system within the brain…. it would not be unreasonable to expect that some processing networks for music and language behaviors, namely reading, located in both hemispheres of the brain would overlap.”

The aim of this study was to look at two specific reading subskills – vocabulary and verbal sequencing – which, according to the authors, are “are cornerstone components in the continuum of literacy development and a window into the subsequent successful acquisition of proficient reading and language skills such as decoding and reading comprehension.”

Using a quasi-experimental design, the investigators selected second-grade children from two school sites located in the same geographic vicinity and with similar demographic characteristics, to ensure the two groups of children were as similar as possible apart from their music experience.

Children in the intervention school (n=46) studied piano formally for a period of three consecutive years as part of a comprehensive instructional intervention program. Children attending the control school (n=57) received no formal musical training on any musical instrument and had never taken music lessons as part of their general school curriculum or in private study. Both schools followed comprehensive balanced literacy programs that integrate skills of reading, writing, speaking and listening.

All participants were individually tested to assess their reading skills at the start and close of a standard 10-month school year using the Structure of Intellect (SOI) measure.

Results analyzed at the end of the year showed that the music-learning group had significantly better vocabulary and verbal sequencing scores than did the non-music-learning control group. This finding, conclude the authors, provides evidence to support the increasingly common practice of “educators incorporating a variety of approaches, including music, in their teaching practice in continuing efforts to improve reading achievement in children”.

However, further interpretation of the results revealed some complexity within the overall outcomes. An interesting observation was that when the study began, the music-learning group had already experienced two years of piano lessons yet their reading scores were nearly identical to the control group at the start of the experiment.

So, ask the authors, “If the children receiving piano instruction already had two years of music involvement, why did they not significantly outscore the musically naïve students on both measures at the outset?” Addressing previous findings showing that music instruction has been demonstrated to exert cortical changes in certain cognitive areas such as spatial-temporal performance fairly quickly, Piro and Ortiz propose three factors to explain the lack of evidence of early benefit for music in the present study.

First, children were tested for their baseline reading skills at the beginning of the school year, after an extended holiday period. Perhaps the absence of any music instruction during a lengthy summer recess may have reversed any earlier temporary cortical reorganization experienced by students in the music group, a finding reported in other related research. Another explanation could be that the duration of music study required to improve reading and associated skills is fairly long, so the initial two years were not sufficient.

A third explanation involves the specific developmental time period during which children were receiving the tuition. During the course of their third year of music lessons, the music-learning group was in second grade and approaching the age of seven. There is evidence that there are significant spurts of brain growth and gray matter distribution around this developmental period and, coupled with the increased complexity of the study matter in this year, brain changes that promote reading skills may have been more likely to accrue at this time than in the earlier two years.

“All of this adds a compelling layer of meaning to the experimental outcomes, perhaps signaling that decisions on ‘when’ to teach are at least as important as ‘what’ to teach when probing differential neural pathways and investigating their associative cognitive substrates,” note the authors.

“Study of how music may also assist cognitive development will help education practitioners go beyond the sometimes hazy and ill-defined ‘music makes you smarter’ claims and provide careful and credible instructional approaches that use the rich and complex conceptual structure of music and its transfer to other cognitive areas,” they conclude.