How Music Helps with Learning 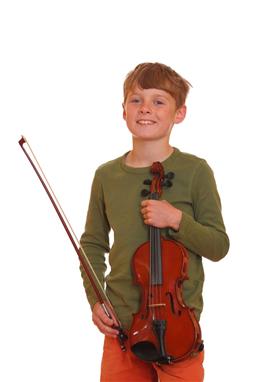 Can popping a classical music CD into the player after nap time help Johnnie breeze through his homework? Will Lizzie's piano lessons help her get an A in math?

Research on the effects of music on learning has been in progress for decades. When research on the Mozart Effect - the theory that listening to Mozart's music can temporarily improve performance, and perhaps even IQ - became popularized in the late 1950s, parents everywhere began to try and expose their children to more classical music. The theory became so popular that Georgia's governor even proposed a budget allowing for every baby born in Georgia to receive a classical music CD. Do Georgia's children now have IQ's that surpass the national average? Can Mozart really make our children smarter?

As with most theories, critics' verdicts on the Mozart Effect have been controversial. But what is not generally controversial though, and is supported by a strong body of evidence, is the fact that ongoing music education does help children across a wide range of criteria - including overall academic performance. A Canadian research group from McMaster University compared two groups of six children between the ages of 4 and 6; one group took Suzuki music lessons and the other had no musical instruction. The results, which were published in the online journal Brain on September 20, 2006, showed that the children who received musical instruction excelled above their peers in memory skills as well as 'non-musical' abilities such as literacy, mathematics and even IQ.

Brigid Finucane, an Early Childhood Music Instructor at the Merit School of Music in Chicago, has witnessed the positive effects of music instruction first-hand. "Formal music instruction requires focus, discipline and determination – excellent qualities which are often transferred into other areas of the student's life,” she says. “Beat and rhythms are key components in music. Children who can maintain a steady beat have a greater fluency in their reading. The music we sing provides vocabulary enrichment, teaches tenses and plurals, uses poetic language, allows visualization, and encourages good pronunciation. Through music we learn about ourselves, our culture and that of others, science and math, creativity, jobs, the environment, celebration and emotions."

Scott Cross, the Educator Development Manager for Kindermusik International, also believes that the non-musical benefits of music classes spill over into academic achievement. "Kindermusik [classes help] toddlers as music is used to help them understand concepts like high and low, fast and slow, and start and stop. Reading music notes from left to right reinforces their learning of reading words from left to right in a book. Counting out music (1, 2, 3, 4) and keeping a steady beat reinforces the role of numbers and helps a child better understand their first math concepts."

As Finucane puts it, "Teachers at the sites I work at related many stories to me about how the children have progressed more deeply because of having music in the curriculum. Besides all the academic benefits, singing, dancing and moving together can bring great joy."

Make room, math and science - perhaps it's time music finds its place as part of the core curriculum!