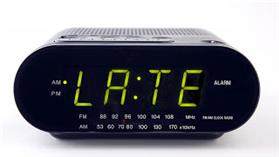 By George Colligan, an American jazz pianist/composer/educator who lives in Portland, Oregon but also tours and spends much time in NYC, where he lived for 14 years.

There's an old musician joke: two jazz greats bump into each other on a street in Manhattan. "Hey, man, I haven't seen you in ages! Where have you been? I haven't heard about you for so long!"

"Well, I was signed to Columbia, and I won 7 Grammy awards! My last CD went triple platinum!"

"Well, I lived in Japan for about a decade, and I became a movie star! I was in some very popular movies!"

"Then I moved to Hollywood, and started directing. I've won 6 Oscars and 7 Golden Globes for my directing. My last film made $500,000!"

"Uh, well, I played at the Vanguard last week on a Tuesday night. I showed up two hours late AND I forgot the changes to "My Shining Hour...."

"Actually, I DID hear about that!  EVERYONE is talking about THAT."

This joke, while hilarious, actually illustrates a good point about music career development; your reputation is more important than you think. And as weird as it might sound, people will be talking about you. They might be talking about how you play, but also, whether you are ready to be in a professional situation....or not. And you might THINK that you are really a professional guy, that you always show up on time, you're always prepared, etc.....Think back; really? What's your true track record?

I have to admit, as I've gotten older, I haven't been as much of a perfectionist in regard to timeliness as I used to be. As a high school student, I was completely intolerant of lateness from others, or even myself. I would throw fits if people were late to rehearsals, and, when I was a student at Peabody Conservatory, I once was late to a brass quintet rehearsal, and I broke an alarm clock with my foot because I was so angry it didn't go off! I was pretty uptight, I must say.

As time went on, I have been able to be a little more accepting of human mistakes. I DO, however, understand that there are always consequences, especially in circumstances where it's risky to be late. For example, being five minutes late to a rehearsal probably won't cost you any money. BUT, being late for a flight to a gig WILL cost you a LOT of money. (Trust me on this.)Being on time, being consistent, and being dependable are actually some of the most important things you can do as a musician. You might know a thousand tunes, but if you are always late, then the bandleader might call the guy who only knows 200 tunes- but he shows up in a timely fashion.

These are the kinds of things that can go beyond the musical. They are simple, common sense things, but careers are made or broken because of them. And unfortunately, you might be perfect 98 percent of the time, but the 2 percent that you miss might be the part that gets the most noticed. (Like the guy in the joke, see above....)

When I was an adjunct professor in Jazz at The Juilliard School, I sat in on juries on year; bassist Ron Carter was on the panel. A young bassist came in who allegedly had gotten a rep for showing up late. Mr. Carter spoke to him. "Young man, the most important things for being a working musician are being on time and knowing the band book," he stated. “In my career, I have been late to ONE gig. They had closed 5th avenue for a parade and I couldn't get across." I and I believe some of the other panelists were stunned. “I don't think I have to explain to you how many performances, recordings and so forth that add up to, over 50 years.....". That was a pretty heavy realization, that Ron Carter had been late ONE TIME in his whole career.

That might be a tall order for some people. Maybe you're juggling 2 day jobs and a family and trying to make rehearsals and gigs too. It's interesting that in this modern world with all of the time saving conveniences, it seems as though there isn't enough time in the day to do all the things we are trying to do. As a university professor and a father and a professional musician, I'm lucky if I can spend 10 minutes a day really practicing. I'm usually on time for gigs and classes, which I should be, since I live right across the street from school! I have NO excuse, unless the elevator is broken.......

But perhaps this article is meant more for students who are hoping for a future career in music. My point is that it's about more than just being a great player. Check yourself: Am I punctual most of the time? Do I return phone calls and emails in a timely fashion? Do I dress appropriately for the gig? Did I learn the music for the gig? Did I have a good attitude? Did I work well with others? These are the things that might seem intangible, but they might be more important than whether you can play Giant Steps in 12 keys.

Sometimes, we are just victims of bad luck. (Like Mr. Carter, whose one late mark was beyond his control when they closed 5th Avenue!) I had a bad luck experience which may have cost me a major gig. It wasn't my fault, in my view. But it's an example of how one screw up can have lasting effects.

I was booked with a big band to play the New Year's gig at a prominent New York jazz club. I went to the sound check/ rehearsal in the afternoon. The bandleader drove me back to Brooklyn so I could change into my tuxedo. "The gig starts at 9, so be there by 8:30," the bandleader remind me as he dropped me off. So I changed and got back on the subway, making it to the club by 8:20, thinking I had plenty of time. When I arrived, the hostess said, “Mr. Colligan, they are waiting for you." Turn out, the gig started at 8! I and a couple others were late. The bandleader apologized for the misleading information. However, while they were waiting for me, some people at the club had panicked; they went up to the adjoining restaurant, where it just so happened that a major name in jazz was having dinner. "CAN YOU HELP US? GEORGE COLLIGAN DIDN'T SHOW UP FOR OUR NEW YEAR'S GIG AND WE NEED ANOTHER PIANIST!"

Of course, if you are without a doubt the best player on your instrument, or your presence on the bandstand guarantees a draw of 15,000 people, then maybe these things don't matter. However, for us mere mortals, attention to professionalism and consistency might be more important than you think. Bottom line: you want your reputation to be as good as your musicianship.

For this original blog entry and interesting interviews with jazz musicians, go to:
http://jazztruth.blogspot.com/