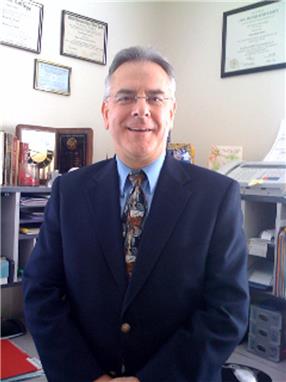 Teachers must take control of the future of their programs

These are trying times for music educators. Our state and local governments are suffering from severe financial shortfalls, which have resulted in severe budget cuts. The brunt of these cuts is falling on public service institutions, particularly our public schools. In some cases, funding cuts are endangering the very existence of music education programs in our schools.

The largest source of funding for public schools comes from property taxes. In the current recession, people find themselves in financial crisis. People are not buying homes and, in too many cases, they are abandoning or losing their homes to foreclosure. In this type of fiscal environment, state and local governments do not collect the revenue necessary to properly fund local public schools. The unfortunate reality is this: state and federal money to schools continues to decrease. Yet the cost of operating schools continues to rise.

If a school does not recognize the value of music education, the risk of music suffering serious budget cuts is heightened. Too often, school leaders and parents lack a true understanding of the importance of music education in a child’s development.

·       Enriches the quality of children’s lives

In the current state of economic recession, public schools are losing a significant portion of their funding. This forces school districts to make serious choices about program funding. A loss in funding too often translates into less money to support elective courses in music. Program cuts of this nature are usually accompanied by layoffs and job cuts.

It is sad but true that students attending wealthier school districts have a greater opportunity for a well rounded, balanced education than lower income school districts. Recent legislation, with its obsessive focus on testing in reading and math, has disqualified some students from participation in elective music programs and has left little time in an already overcrowded school day for music.

According to The National Assessment of Educational Programs in the Arts, student exposure to the arts education in schools has steadily declined since 1997. It is not uncommon today to see the elimination of elementary instrumental programs, district-wide string orchestra programs, grade-level choruses, and theory classes. It is estimated that a majority of Fine Arts Departments in public schools have adopted funding and/or program cuts since 2010. Everything except core academic subjects is starting to be considered a perk.

Result: When school budgets need to be cut, music programs and music teachers are the first to go!

Question: Why is it so difficult for so many individuals in decision-making positions to understand the importance of maintaining a strong music program?

The answer is simple: we must face the fact that we, collectively and as individuals, have not done a good enough job communicating the value of music education for our children’s future and for our nation. We have not effectively communicated and convinced the academic world, society in general, the people who control the levers of influence and the people who make the critical decisions regarding educational funding for the arts.

Lessons from the Past

Unfortunately, the facts show that we have learned little from past problems. Although educational music associations have unveiled broad-based advocacy plans, most are little more than glorified public relations programs placed in the hands of an organized leadership, as opposed to inspired grassroots movements that emphasize prevention. Music educators must learn to be proactive. Too often, we don’t see the threat to music education until it’s too late!

Too many school boards believe that cutting or eliminating music programs will ease budget restraints with little or no detrimental effect on students. It is the responsibility of every music education advocate to be able to effectively dispute this claim.

Whenever program or funding cuts are made to music programs, school boards always claim that the arts are not being unfairly targeted. They will cite cuts to other programs beside music. But the truth is that cutbacks in the arts have never been proportionately fair when compared to cutbacks in other programs.

For example, based on a teacher load of five teaching periods and 25 students per class, if a school with one thousand students proposes cuts equaling one teacher in each subject area, they can easily make the case for fairness. But in reality, cutting one math teacher when every student must take math means one of eight math teachers will be eliminated, or 12.5 percent of math staff. But one music teacher in a typical school with a band, orchestra, chorus and classroom music teacher results in one of five music teachers eliminated or 20 percent of the staff. I ask, is that fair?

The time to act is now! You can’t afford to wait. It takes years to build a quality music program, but it only takes minutes for an uneducated school board and a subservient administration to destroy a quality comprehensive program. Once an education program is lost, it rarely (if ever) returns. We must remind everyone that the cost of education is far less than the cost of ignorance.