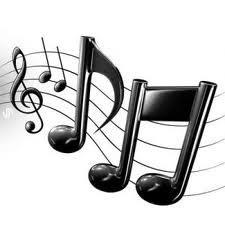 March 30, 2012
New NEA Research Report Shows Potential Benefits of Arts Education for At-Risk Youth
Washington, DC -- At-risk students who have access to the arts in or out of school also tend to have better academic results, better workforce opportunities, and more civic engagement, according to a new NEA report, The Arts and Achievement in At-Risk Youth: Findings from Four Longitudinal Studies. The study reports these and other positive outcomes associated with high levels of arts exposure for youth of low socioeconomic status.

The Arts and Achievement in At-Risk Youth study uses four separate longitudinal studies (three from the U.S. Department of Education) to track children, teenagers, and young adults who had high or low levels of arts engagement in or out of school. Those activities included coursework in music, dance, theater, or the visual arts; out-of-school arts lessons; or membership, participation, and leadership in arts organizations and activities, such as band or theater.

The study focuses on the potential effects of arts engagement on youth from the lowest quarter of socioeconomic status. Although most of the arts-related benefits in this report applied only to these at-risk youth, some findings also suggest benefits for youth from advantaged backgrounds.

"Arts education doesn't take place in isolation," said NEA Chairman Rocco Landesman. "It has to take place as part of an overall school and education reform strategy. This report shows that arts education has strong links with other positive educational outcomes."

Among the key findings:

•    Students with access to the arts in high school were three times more likely than students who lacked those experiences to earn a bachelor's degree (17 percent versus five percent).

•    When it comes to participating in extracurricular activities in high school, high-arts, low-SES students are much more likely also to take part in intramural and interscholastic sports, as well as academic honor societies, and school yearbook or newspaper -- often at nearly twice or three times the rate of low-arts, low-SES students.

Higher career goals -- There is a marked difference between the career aspirations of young adults with and without arts backgrounds.

•    High-arts, low-SES college students had the highest rates of choosing a major that aligns with a professional career, such as accounting, education, nursing, or social sciences (30 percent), compared to low-arts, low-SES students (14 percent) and the overall SES sample (22 percent).

•    Half of all low-SES adults with arts-rich backgrounds expected to work in a professional career (such as law, medicine, education, or management), compared to only 21 percent of low-arts, low-SES young adults.

More civically engaged - Young adults who had intensive arts experiences in high school are more likely to show civic-minded behavior than young adults who did not, with comparatively high levels of volunteering, voting, and engagement with local or school politics. In many cases, this difference appears in both low-and high-SES groups.

•    High-arts, low-SES eighth graders were more likely to read a newspaper at least once a week (73 percent) compared to low-arts, low-SES students (44 percent) and the overall SES sample (66 percent).

The Arts and Achievement in At-Risk Youth: Findings from Four Longitudinal Studies was prepared for the National Endowment for the Arts by James S. Catterall, University of California Los Angeles, with Susan A. Dumais, Louisiana State University, and Gillian Hampden-Thompson, University of York, U.K. The report is one of the NEA’s latest efforts to conduct and commission research that examines evidence of the value and impact of the arts in other domains of American life, such as education, health and well-being, community liveability, and economic prosperity. The Arts and Achievement in At-Risk Youth is available at arts.gov.