The Antidote for an Overly-Teched Brain 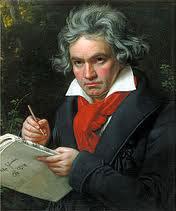 The Cassandras among us have warned for some time that Internet addiction -- obsessive texting, Tweeting, posting, surfing, along with a compulsion to be always connected -- threatens to make us dumber, more anxious, and more depressed. Such warnings are becoming harder to dismiss; a recent article by Newsweek's Tony Dokoupil presents evidence that Internet addiction may lead to more extreme forms of mental illness. And according to The Observer, social media titans will gather in February for the Wisdom 2.0 Conference, whose theme will be finding balance in the Digital Age -- a sign that even Silicon Valley is worried about our online habits.

An obvious proposal for avoiding Internet-induced anxiety, depression, or psychosis, would be to turn off cell phones, limit time online, and engage in offline activities like reading books or gardening. I have nothing against those pursuits -- I engage in both of them frequently -- but I want to suggest another sort of remedy for Internet addiction that to my knowledge has not been explored by others. I claim that the performing arts have something special to offer in this context.

Now, I'm not recommending that people take up the violin or the piano or start dance classes as an alternative to spending time online. I am recommending something less obvious, something which may perhaps seem less plausible. I urge people to become patrons of the performing arts: Attend live performances, music, dance, and theater.

But how, you may ask, does that address Internet addiction? What is special about live performance?

Consider what happens when I attend a concert. I go to the symphony and I hear, let's say, a work by Beethoven. But I do not merely hear Beethoven's music, which I could do at home on my CD player; I hear it in a special way. Beethoven composed 200 years ago, and at the concert it is re-created, one note at a time, by real people playing real instruments, and their activity occurs now. In my new book, Motion, Emotion, and Love: The Nature of Artistic Performance, I argue that the musicians' activity of making the sounds is an activity of artistic creation. Beethoven composed the symphony but this example of it, this realization, is also an artwork, created by the musicians, moment to moment, in my presence. An exactly similar analysis applies at a dance or theater performance.

At a performance, we are present at an ongoing exercise of artistic creation. But we are not just onlookers or listeners: We are participants. We know -- and it is the performer's job to make us feel -- that this music, these movements by the dancer, these speeches by the actors, are for us. This is part of what "stage presence" or "projecting the character" entails. The performer communicates, the audience feels engaged, caught up in what is happening, and if this element is lacking, if the audience does not feel included, the performance is in this respect a failure.

Members of the audience do not communicate only with the performers, they also communicate with one another. We all know the difference between being in an audience where everyone is caught up in the performance and being in an audience that is indifferent or even hostile. Part of the thrill of a live performance comes from knowing that it is a shared experience; we share with the performers, they with us, and we with the others in the audience. (Which is why obvious demonstrations of indifference or inattention, shown for example by texting during the performance, are so intolerably rude. They destroy the sense of sharing.)

At a performance we encounter an artwork -- a symphony, for instance -- but we encounter it as emerging from an activity of artistic making in the present moment. In addition to experiencing the symphony as a work by Beethoven, we experience this realization of it as an additional artwork, created by the performers aided by the attentive involvement of the audience, and we experience all this in a context of sharing.

Live performance offers much more, therefore, than just a period of turning off our cell phones. The kind of integrated experience that I claim performance offers can stand as an antithesis to the fragmented, frantic, never-ending run-around that some people subject themselves to by spending too much time online. Performance offers more than a respite; it offers an experience of an entirely different order. In addition, the sort of attentive interaction that I claim should occur between performer and audience, and of audience members with each other, stands in stark contrast to the interaction of a person with his iPhone. Nothing like it is available -- or possible -- online.

Mark is the author of Motion, Emotion, and Love: The Nature of Artistic Performance (GIA Publications, September 2012).